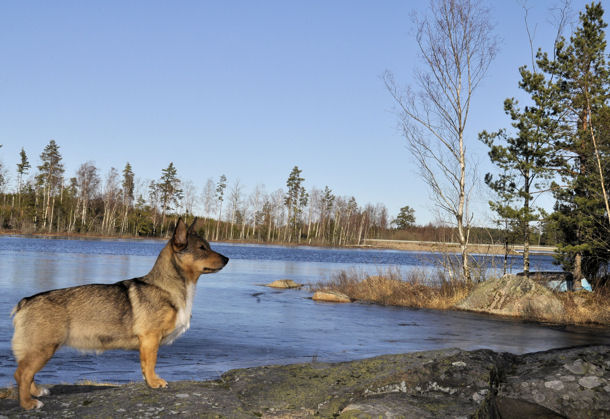 The first time I met Elle and her breeder Janet was at the main breed show with the world congress in 2011.
We got close very quickly and as Janet hoped for a Swedish championship for Elle –  not an impossible task as Elle got an Excellent and was placed second out of seven bitches
in Intermediate class at that time!  I offered to have her with me and show her in Sweden.

After a period of planning, looking for the best match for Crème and waiting for her heat Janet came to Sweden with Crème and Elle.
Crème was mated to one of our best males and during the week they stayed here I bonded with Elle and Janet bonded with my HD ( Harley-Davidson).
Then Janet left with Crème and HD as she offered to give him the chance of an International championship.

Now was the time to try our chances….. Janet had the easy part – there is not much competition in France or Belgium so HD got his CACIBs pretty easy.
For me and Elle it was a much harder job! When we had the best chance there were “only” ten more bitches….
On the other hand she was placed fourth best bitch in competition with 53 other bitches – eight of them Swedish champions and two “only” Nordic champions!

At the time of our first show Elle had been in my care for a mere fortnight. She does not like indoors shows like this one.
I consider that show a lesson in understanding her at indoor shows. The grading was less than she deserves but better than I deserved.

The second show was also in a hall. I was better but not as good as I should have been.
The judge was strict and only two bitches in the class got Excellent so Very good is really very good. 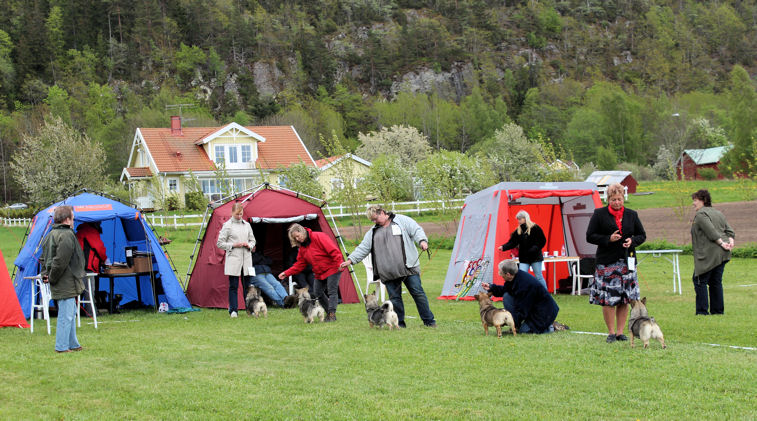 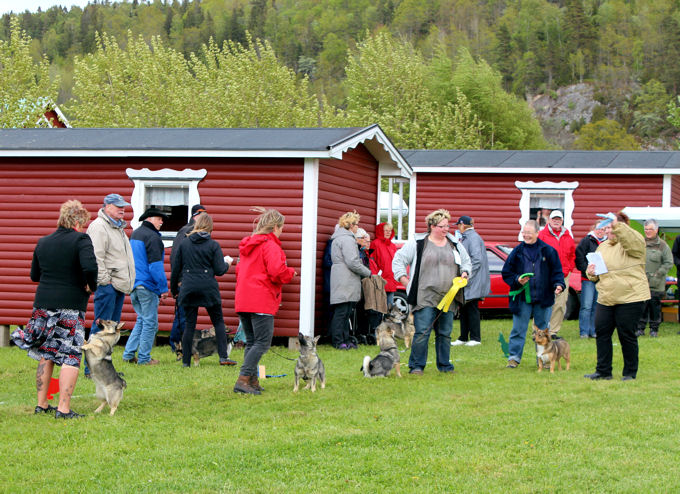 At the third show I started to do better. The judge liked her and acknowledged that she is Excellent and of Certificate quality (ck).

The fourth show was the biggest of all – the main breed show with 114 dogs entered! Elle was once more given Excellent and Certificate quality (ck) and was placed 4th out of 53 bitches.
The certificate (CAC) was handed to the bitch in second place. But being placed 4th in a show with 10 champion bitches is really a big achievement.
I knew she was good, but I didn’t know she was that good!

Show number five went well ok with a nice but strict judge.
Her grading was Excellent, but nothing more.

Her last show in Sweden took place under terrible weather conditions. It was pouring down and water splashed when you walked. Grass turned into mud.
Elle did not like that. After winning the open class (Excellent and Certificate quality – ck) she had enough of trotting nicely in the ring.
She was happy enough standing but was slow and unwilling in the movement and that cost her the CAC 🙁 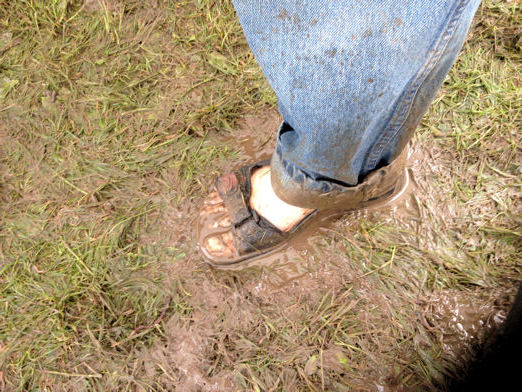 All in all she has been judged by five different judges from Sweden – the country where the breed has its origin.
One judge was from Denmark. She has been in heavy competition from 10 up to 52 other bitches.
I think she has proved herself to take her place among the top 20 in this country and we have about 2 000 dogs of this breed.
In other words she is the best out of a hundred – not bad!

I miss her badly as she is such a lovely and fun character. But she is more comfortable in the climate she is used to and in the company of her beloved Janet and their families.
And I have my boy back home – I missed him when he was away. It was an honor to be allowed to borrow Elle for more than three months.
I will forever be grateful to Janet for giving me this time and for showing my boy. We will stay friends for life.

All the best and hope to see you again!

PS if anyone is curious about me you can check my website duritzans.se  DS 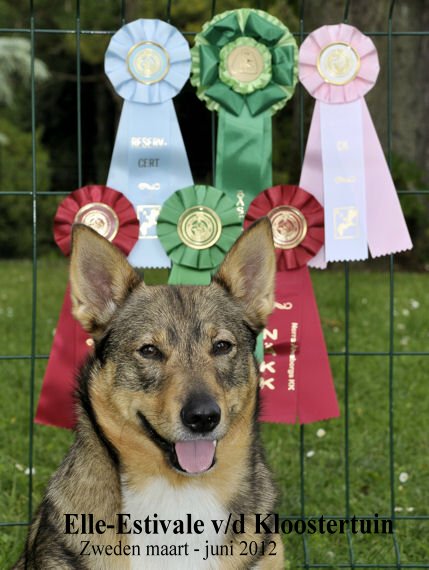